INVESTING IN THE NEXT GENERATION OF COMPANIES

A Miami-based private equity firm focused on making control and influential minority investments in exceptional companies located throughout the United States, Western Europe and Latin America. The firm, which has a history of successfully identifying and capitalizing on investment opportunities across multiple industries, is constantly exploring new investments with particular focus on the health care, real estate, finance, aviation, hospitality, sports and entertainment sectors.

SUCCESSFULLY IDENTIFYING AND INVESTING IN OUTSTANDING COMPANIES ACROSS MULTIPLE INDUSTRIES

Team is comprised of seasoned investment professionals and operating executives.

We pride ourselves on identifying great businesses and partnering with exceptional management teams.

We have particular expertise in distressed investing and know how to create significant shareholder value in turnarounds.

We understand the international private equity landscape and can capitalize on opportunities across a global footprint.

We have an extensive network of relationships that enable us to source high quality proprietary deals and to finance these deals cost-effectively.

We view our investors as partners and their interests as our top priority.

Over 30 years of experience successfully identifying and capitalizing on investment opportunities to deliver long-term value for clients across a range of industries including sports & entertainment, retail, food & beverage, insurance, real estate, hospitality, healthcare, and aviation. 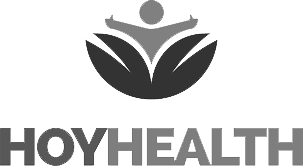 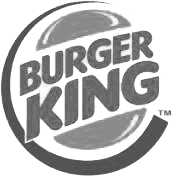 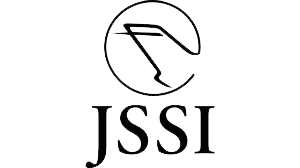 Joseph DaGrosa Jr. is the Founder and Chairman of DaGrosa Capital Partners LLC. Mr. DaGrosa has over 30 years of experience in successfully identifying and capitalizing on investment opportunities to deliver long-term value across a wide spectrum of industries including sports & entertainment, retail, food & beverage, insurance, real estate, hospitality, healthcare, and aviation. To date, Mr. DaGrosa has led investments of approximately $2 billion in capitalized transactions.

Previously, Mr. DaGrosa was Co-Founder and Senior Partner at 1848 Capital Partners LLC (“1848”), where he was responsible for all aspects of the firm’s private equity investments. In 2003, Mr. DaGrosa and his partners formed Heartland Food Corp. (“Heartland”), an acquisition vehicle that acquired 248 Burger King franchises out of bankruptcy, and successfully led the turnaround and sale of Heartland to GSO Capital (now part of Blackstone). In 2008, Mr. DaGrosa co-led the acquisition of Jet Support Services Inc. (“JSSI”), the largest independent provider of warranties for maintenance on private jets in the world. Mr. DaGrosa served as Vice-Chairman and Co-Chief Investment Officer of JSSI until the sale of the company in 2020 to GTCR.

Prior to 1848, Mr. DaGrosa was a Partner at Maplewood Partners LP, a Miami-based private equity firm, where he served as Chief Administrative Partner and Co-Head of Transactions. Mr. DaGrosa began his career in 1986 at Paine Webber, Inc. in the firm’s Capital Markets Division.

Mr. DaGrosa holds a Bachelor of Science degree in Finance, Accounting and Statistics from Syracuse University.

Francis X. Suarez is a Senior Operating Partner at DaGrosa Capital Partners LLC where he co-leads the firm’s acquisition initiatives and domestic and international investment platform. In addition, Mr. Suarez serves as the 43rd Mayor of Miami. In his role as Mayor, Mr. Suarez has been at the forefront of Miami’s growth in technology and innovation. Mr. Suarez also serves as Vice-Chair of the Miami-Dade Transportation Planning Organization (TPO) where he championed the Strategic Miami Area Rapid Transit (SMART) Plan. Prior to being elected Mayor, Mr. Suarez served as Miami Commissioner for District 4 for eight years.

Mr. Suarez was recently selected to serve as an Aspen Institute Rodel Fellow, was named as one of Fortune 2021 World’s 50 Greatest Leaders and was named as a TIME Future 100 Leader. In July 2020, Mr. Suarez was nominated and elected by American mayors to serve as the next President of the U.S. Conference of Mayors beginning in the 2022-2023 term. Additionally, Mr. Suarez is Of Counsel at Quinn Emanuel Urquhart & Sullivan, LLP.

David McNichols is a Senior Partner at DaGrosa Capital Partners LLC. Mr. McNichols leads DCP’s growing healthcare vertical and is responsible for identifying and evaluating investment opportunities, transaction structuring and execution, and the implementation of post-acquisition growth and operational strategies. He brings more than 30 years of executive-level healthcare experience to the firm.

Prior to joining DCP, Mr. McNichols served as Senior Vice President of Aetna/CVS and President & CEO of its Medicaid division, Aetna Better Healthcare. During this time, Mr. McNichols led the successful turnaround of Aetna’s troubled Medicaid business, increasing Aetna’s Medicaid revenues by 35% to over $13 billion in less than a year. Previously, he served as President for Anthem, where he re-engineered Anthem’s largest Medicare region within five years, taking annual profits from $50 million to over $300 million. Earlier in his career, Mr. McNichols held leadership roles at WellCare of Florida, WellCare of Georgia, Principal Financial Group, CIGNA Healthcare, Peach State Health Plan, and United Healthcare Group/AmeriChoice Health Plan.

Mr. McNichols holds a Bachelor of Arts degree in Clinical Psychology and a Secondary Teaching Credential from Simpson University as well as a Master of Business Administration, with honors, from the University of Colorado.

Martha Bejar is a Senior Operating Partner at DaGrosa Capital Partners LLC where she co-leads the firm’s acquisition and post-acquisition growth and operational strategies. Ms. Bejar brings more than 35 years of experience in acquiring and building rapid growth businesses as a successful corporate executive.

Prior to his role at Banyan, Mr. Kaplan served as Senior Vice President at Bank of America and Vice President at Applica Consumer Products, a publicly traded company that designs, markets, and distributes kitchen appliances under the brand names Black and Decker, George Foreman and others. He joined Applica from NationsBank where he spent eight years as a Vice President in the Investment Banking division.

Mr. Kaplan began his career in 1989 as an auditor with Deloitte & Touche and earned his Certified Public Accounting license in 1991.

Peter Patraka is an Executive Vice President at DaGrosa Capital Partners LLC. Mr. Patraka is responsible for supporting the administration of DCP’s operations including fund administration, accounting, finance, human resources, legal, compliance and insurance. He brings over 40 years of business experience across a wide spectrum of industries and sectors. Previously, Mr. Patraka served as the Vice Chairman of MultiRace LLC, the largest multi-sport event management company in the State of Florida.

Mr. Navia has over 16 years of private equity and operational experience and has been involved in multiple middle-market transactions across various sectors, including sports & entertainment, real estate & hospitality and financial services.

Mr. Navia is currently a board member of the Posse Foundation which serves as a catalyst for individual and community development, helping to train the leaders of tomorrow. He holds a dual Bachelor of Science and Bachelor of Arts degree in Business Administration and Psychology from Elon University as well as an Executive Master of Business Administration in Accounting and Finance from the University of Miami’s Herbert Business School.

Aleck DaGrosa is a Director at DaGrosa Capital Partners LLC. Mr. DaGrosa is responsible for the implementation of post-acquisition initiatives and operational support to DCP’s investment portfolio. Throughout his 10-year career, Mr. DaGrosa has focused on operations (primarily within the sports & entertainment industry). Prior to joining DCP, Mr. DaGrosa was Chief Executive Officer of MultiRace LLC, the largest multi-sport event management company in the State of Florida, where Mr. DaGrosa and his team created innovative and challenging triathlon, duathlon and running events.

Mr. DaGrosa holds a Bachelor of Science degree in Entrepreneurial Management from Texas Christian University’s Neeley School of Business. Mr. DaGrosa began his studies at the College of the Holy Cross, where he was a member of the 2009 Patriot League Championship Football Team and subsequently transferred to Texas Christian University to join the school’s Division I Lacrosse Team.

Ben DaGrosa is a Director at DaGrosa Capital Partners LLC. Mr. DaGrosa is responsible for deal screening, transaction structuring and execution, and the implementation of post-acquisition growth and operational strategies.

Mr. DaGrosa holds a Bachelor of Business Administration degree in Finance from Texas Christian University and is currently a Level III CFA candidate. Mr. DaGrosa also holds a Masters in Football Business from the Johan Cruyff Institute in Barcelona, Spain.

Jake Saifman is a Senior Associate at DaGrosa Capital Partners LLC. Mr. Saifman is responsible for the evaluation of investment opportunities, transaction structuring and execution, and the implementation of post-acquisition growth and operational strategies.

Mr. Saifman brings extensive knowledge and experience from different deal-making perspectives, having worked previously both as an attorney and as an investment banker. Prior to joining DCP, Mr. Saifman was an Investment Banking Associate at Citigroup, where he advised on mergers and acquisitions, equity and debt capital markets financings, and leveraged finance transactions within the Global Healthcare Group. Mr. Saifman began his career as an Associate in the Mergers and Acquisitions and Private Equity Practice of Fried, Frank, Harris, Shriver & Jacobson LLP, where he counseled financial sponsors and public and private companies on mergers and acquisitions, leveraged buyouts, minority investments, divestitures, securities law matters and other corporate governance issues across a variety of industries.

Jed DaGrosa is a Senior Associate at DaGrosa Capital Partners LLC. Mr. DaGrosa is responsible for the evaluation of investment opportunities and transaction structuring and execution. Previously, he was an analyst at General American Capital Partners LLC, focusing primarily on transaction analysis and execution. Prior to joining GACP, Mr. DaGrosa interned at Banyan Investment Partners where he was responsible for preparing valuation analyses on portfolio companies.

Mr. DaGrosa holds a Bachelor of Arts degree in in Finance from Babson College. He also holds a Masters in Football Business from the Johan Cruyff Institute in Barcelona, Spain.

Katie Munoz is an Executive Assistant at DaGrosa Capital Partners LLC. Mrs. Munoz is responsible for firm administration and directly supports the Chairman of DCP, in addition to other firm Partners, to ensure successful execution of office operations. She brings over 12 years of executive and personal assistant experience working with numerous C-level finance executives.

Mrs. Munoz joined DCP shortly after relocating to Florida from New Jersey with her husband and son. Born and raised in Russia, she is fluent in both Russian and English.